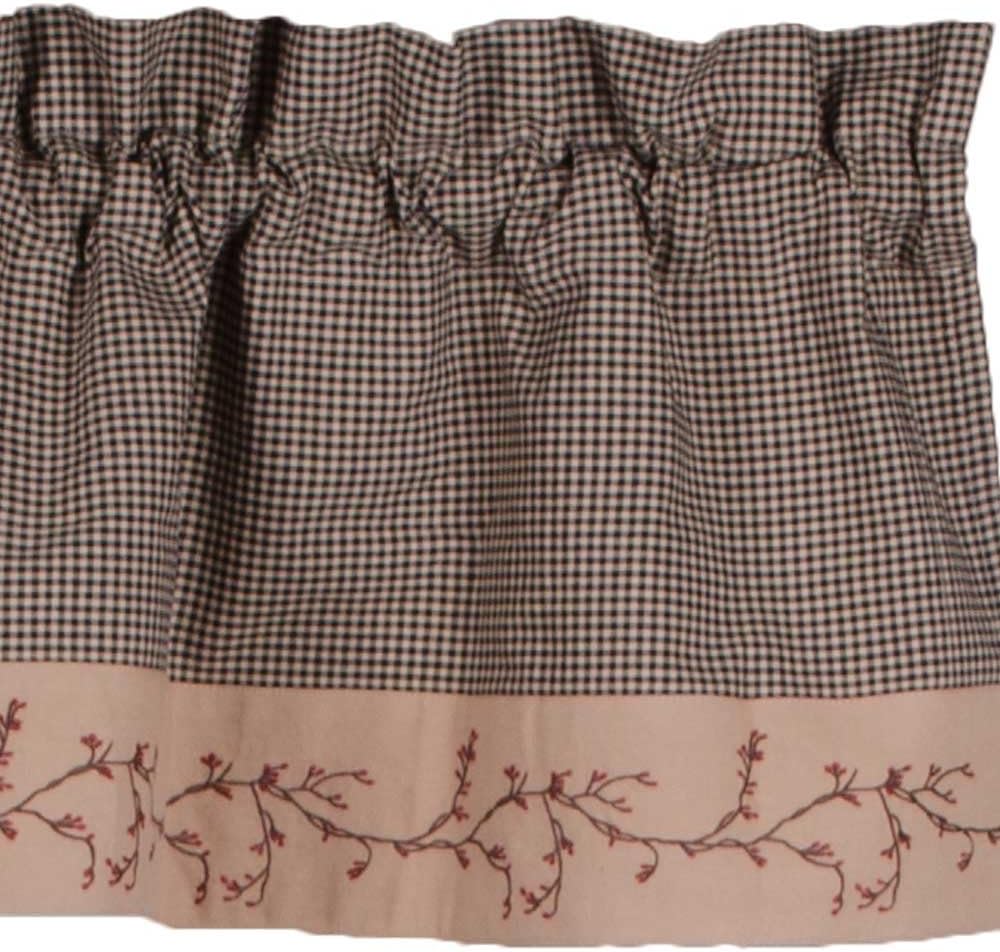 In Theaters and Coming Soon

Fabian: Going to the Dogs

In this dazzling adaptation of Erich Kästner’s classic of Weimar literature, a young ad-man spends his days working for a cigarette company and his nights wandering the streets of Berlin,...  More

Kino Lorber is proud to bring to North American theaters this touring series featuring restorations of six films by Miklós Jancsó, "the greatest Hungarian film director of all time"...  More

The Unmaking of a College

In The Unmaking of a College, students at Hampshire College in Amherst, Massachusetts confront their new president’s underhanded attempt to shut down the school and discover powerful...  More

In this portrait of parental sacrifice and the love of a father for his son, a former Georgian wrestling champion travels from Tbilisi to Brooklyn to help his son find a way out of a gambling debt.  More

The Olive Trees of Justice

The first and only narrative feature by Oscar®-nominated American documentarian James Blue holds the dual distinctions of being the only French film to have been shot in Algeria during the...  More

In this Cannes Jury Prize winner, a celebrated Israeli filmmaker is pushed into a spiral of rage when a government employee asks him to sign a form placing restrictions on what he can say at a Q&...  More

“Solidarity! All for One and One for All!” Deborah Shaffer and Stewart Bird’s impassioned documentary is a history of the radical labor union the Industrial Workers of the...  More

A former rapper takes a job at a cultural center in an underprivileged neighborhood in Casablanca and inspires his students to break free from the weight of restrictive traditions in order to live...  More

In an otherworldly e-waste dump camp, an anti-colonialist hacking collective attempts a takeover of the authoritarian regime exploiting the region's natural resources — and its people. When an...  More

Sundance triple award winner Hive is a searing drama based on the true story of Fahrije, who, like many of the other women in her patriarchal village, has lived with fading hope and burgeoning grief since her husband went missing during the war in Kosovo. In order to provide for her struggling...  More

The Man with the Answers

Victor is a twenty-something ex-diving champion now working in a furniture factory and living with his sick grandmother in a seaside town in Greece. Distraught after her death, he decides to dust off her old car and travel to Germany to visit his estranged mother. On the ferry to Italy, he meets...  More

Daniel Kremer’s OVERWHELM THE SKY is an epic odyssey of a spiritually shell-shocked man searching for answers in a world of loners, mourners, kooks, seducers, deceivers, and sleepwalkers. The San Francisco Chronicle aptly describes it as “part noir, part epic journey from inner mind to outer...  More

Who Will Start Another Fire

Who Will Start Another Fire is a collection of nine films by emerging filmmakers from underrepresented communities around the world, presented by the new distribution initiative Dedza Films. Each of these stories is personal and distinctly told, but unified by themes of rebirth and growth. These...  More

There Is No Evil

Shot in secret and smuggled out of Iran, THERE IS NO EVIL is an anthology film comprising four moral tales about men faced with a simple yet unthinkable choice – to follow orders to enforce the death penalty, or resist and risk everything. Whatever they decide, it will directly or indirectly...  More

An African immigrant struggles to make a new life for himself in the big city in director-co-writer Burhan Qurbani's (We Are Young. We Are Strong.) audacious, neon-lit reinterpretation of Alfred Döblin's 1929 novel. After surviving his perilous journey, Francis vows to be a good man, but he soon...  More

Unsatisfied with his place in New York’s art scene, Artist Peter Bjorn relocates to Berlin in search of change. Meanwhile in a remote Polish village, Alicia prepares to become a nun but, feeling home in nature, her reveries continually distract her from her religious path. When Peter’s...  More

Jessica Lange (Tootsie), Joan Allen (Nixon) and Kathy Bates (Misery) hit the road in BONNEVILLE, a story about three friends who “come of age” for a second time on a trip across the great American West. Faced with the decision of a lifetime, Arvilla Holden (Lange) loads up her 1966 Bonneville...  More

This illuminating documentary explores the life of a unique American artist, a man with a remarkable and unlikely biography. Bill Traylor was born into slavery in 1853 on a cotton plantation in rural Alabama. After the Civil War, Traylor continued to farm the land as a sharecropper until the late...  More

The Reason I Jump

Based on the best-selling book by Naoki Higashida, later translated into English by author David Mitchell (Cloud Atlas), The Reason I Jump is an immersive cinematic exploration of neurodiversity through the experiences of nonspeaking autistic people from around the world. The film blends Higashida'...  More

Addressing climate change is the existential question of our time, but climate change and bio-diversity loss are two sides to the same coin. THE LAND OF AZABA is the first feature documentary on the subject of ecological restoration, and it is set in one of the world’s first “hot spots” for...  More

Lust for Gold: A Race Against Time

LUST FOR GOLD: A RACE AGAINST TIME is a true story is about obsession, greed, and the hunt for gold. Boyhood dreams of treasure lead to a lifelong search when a retired missile scientist makes a monumental discovery and tempts fate for fortune as he hatches a secret plan to prove his claim. With hi...  More

Winner of awards at Tribeca and Vancouver, MY WONDERFUL WANDA is a delightful satire of the haves and the have-nots set against the backdrop of a gorgeous lakeside villa in Switzerland. At the story’s center is Wanda (Agnieszka Grochowska) a Polish caretaker who has left her own small children in...  More

When Chicago musicians Joe and Jerry accidentally witness a gangland shooting, they quickly board a southbound train to Florida, disguised as members of an all-female jazz band.  More

The Antichrist (Special Edition) aka The Tempter

In Rome, a beautiful young woman is left paralyzed by the trauma of a horrific childhood accident. But when placed under hypnosis, she is seized by visions of her past life as a heretic and becomes a...  More

A man of the cloth is brutally murdered while trying to defend his dusty town from a ruthless band of outlaws led by the nasty Sam Clayton.  More

A young man stands accused of fatally stabbing his father, and his fate now lies in the hands of twelve men from all walks of life, each with his own agenda, fears and personal demons.  More

In Princess Tam Tam, a mischievous shepherd girl rises through society to become a pretend princess and the toast of Paris nightlife. Zou Zou tells the story of a talented Cinderella who saves a show...  More

Invasion of the Body Snatchers

Filmy spores fall from space over San Francisco, and the city blossoms with beautiful new flora. People take the flowers home and, as they sleep, the plants creep over them, devouring their bodies an...  More

A barber in the court of King Louis XV, Monsieur Beaucaire, falls in love with a beautiful maid. When the king has had enough of the inept barber’s shenanigans, Beaucaire is led to the...  More

A timid New York radio personality has his world turned upside down when he is named the long-lost heir to a far-away kingdom.  More

A Cops and Robbers Story

In the 1980s, Corey Pegues was embroiled in a life of crime as a member of New York’s City’s infamous Supreme Team gang. After a near-death gang confrontation, Pegues flees the city, only...  More

Lost in the early days of quarantine, Charli XCX turns to music and announces she will make an album at home in 40 days by enlisting the help of her fans online.  More

Brace yourself for hilarious, action-packed adventure! When street-smart NYPD cop (Fred Ward, Tremors) regains consciousness after a bizarre mugging, he has a new face and a new identity! Now he's...  More

The Final Option (Special Edition) aka Who Dares Wins

Screen legend Charles Bronson stars in this thrilling game of hide-and-seek between a clever psychopath and a lone lawman hellbent on reaping justice.  More

After witnessing the alien abduction of her mother as a child, Aurora joins the UFO cult “The Cosmic Dawn.”  More

Eugène Brieux’s play Les Avaries endeavored to bring syphilis out of the shadows and erase the stigma surrounding it.  More

Chance Boudreaux is the target of an evil mercenary who recruits combat veterans for the “amusement” of his clients—bored tycoons who will pay a half a million dollars to stalk and...  More

At the height of the Cold War, a precarious operation goes deadly wrong, and the head of British Intelligence wonders if a double agent is leaking vital secrets.  More

Village of the Giants (Special Edition)

A small town runs into big problems when teenagers hit a growth spurt, turn into gallivanting Goliaths, lead an anti-elder rebellion and terrify anyone under seven feet tall!  More

Man on the Moon (Special Edition)

In this acclaimed biopic from director Miloš Forman, Jim Carrey disappears into the role of the late Andy Kaufman—considered the most innovative, eccentric and enigmatic comic of his...  More

Desperate to save her father’s company, Casey Norton and her fiancé, electronics genius Brian Foster, are about to unveil a secret weapon that’ll have burglars begging for mercy:...  More

A young and charismatic leader takes on the corrupt ruling party in Zimbabwe's 2018 presidential election.  More

Gomorrah: Fourth Season continues the worldwide gangster show phenomenon that is based on Roberto Saviano’s best-selling book and the subsequent award-winning film of the same name.  More

Prior to fleeing Germany in the 1930s, Douglas Sirk was already exploring the boundaries of the American melodrama, and ref  More